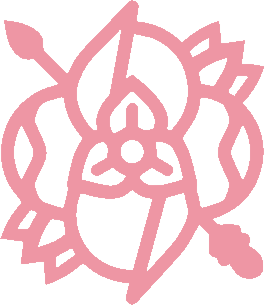 44caliber . net / m
A place just to ramble about music ♡ I've always been into emo music from the 2000's, especially comically pathetic lyrics. This page is self explanatory, I don't know what else to write here. Click one of the gawddamn sidebar links!

I often forget about this page, so it doesn't have a lot at the moment. Just know that I fawking love Brand New, but that's already pretty obvious
CD Collection (hover for titles ♡):
I'm not going to transcribe my spotify wrapped because it's kind of boring and everything can be seen on my last.fm, important thing is that I was in the top .001% listeners of The Academy Is...! My first thought was "How embarassing!", and my second thought was, "oh, that's actually kinda cool. they're a good band". Top artists & top track by them, quickly!

1. The Academy Is... You Might Have Noticed
2. Brand New Sic Transit Gloria... Glory Fades
3. La Dispute Nobody, Not Even the Rain
4. Say Anything Admit It!!
5. Armor For Sleep Car Underwater

Yes I know I'm a big fake and a garbage human being and a poser and all that because 3/5 of those songs are in the like top 3 of those bands' most popular songs. Hopefully next year I can prove myself as the ultimate elitist emo listener that I attempt to present myself as. (At least my top Brand New track on last.fm is Flying at Tree Level so anyone who goes to their top listeners automatically knows that I'm cooler than everyone...)
every song rec i've put on this site in the past year:
Judas Kiss The Academy Is...
Pour Yourself A Drink The Academy Is...
The More You Talk The Less I Hear Armor For Sleep
Nobody, Not Even the Rain La Dispute
like blood from a stone Old Gray
Sic Transit Gloria... Glory Fades Brand New
The Recluse Cursive
The Night Life The Starting Line
Dream to Make Believe Armor for Sleep
First Reactions After Falling Through the Ice La Dispute
Bianca Devins XO willow
After The Last Midtown Show The Academy Is...
SCENES FROM HIGHWAYS 1981-2009 La Dispute
Title Track Death Cab for Cutie
Art Official Touche Amore
Eau d' Bedroom Dancing Le Tigre
Dog Song Sweet Pill
RHODONITE AND GRIEF La Dispute
Silencer mewithoutYou
Harder Harmonies La Dispute
Screaming Loathe
Honest Sleep Touche Amore
Same Logic/Teeth Brand New
Always and Never Silverstein
ROYAL IVE
October Albums:
November Albums:
December Albums:

An In-Depth Exploration of Everything I've Ever Liked (a.k.a why I am the way that I am, plus a cleverly disguised tribute to everyone who posted emo lyrics to tumblr in the year 2014, and a weak ode to songs that make my heart drop into my stomach because I associate them with my ten-year-old self)

unfinished work in progress
last updated: dec. 12
The length of that title is only further proof that I've spent an absurd amount of time analyzing everything Fall Out Boy's ever made. Thanks to Tumblr's archive system (seriously, I can see the last 8 years of my life on one webpage...), I have evidence that I listened to the following bands: Tiny Moving Parts, Brand New, Knuckle Puck, The World is a Beautiful Place & I Am No Longer Afraid to Die, Deafheaven
Of course there's also twenty one pilots, my chem, fall out boy... even yung lean, but that's what every 10 year old listens to these days (if my internet observations are correct). My individuality complex deserves better than that!


here's a recreation of what I think my topster would have looked like in 2016: 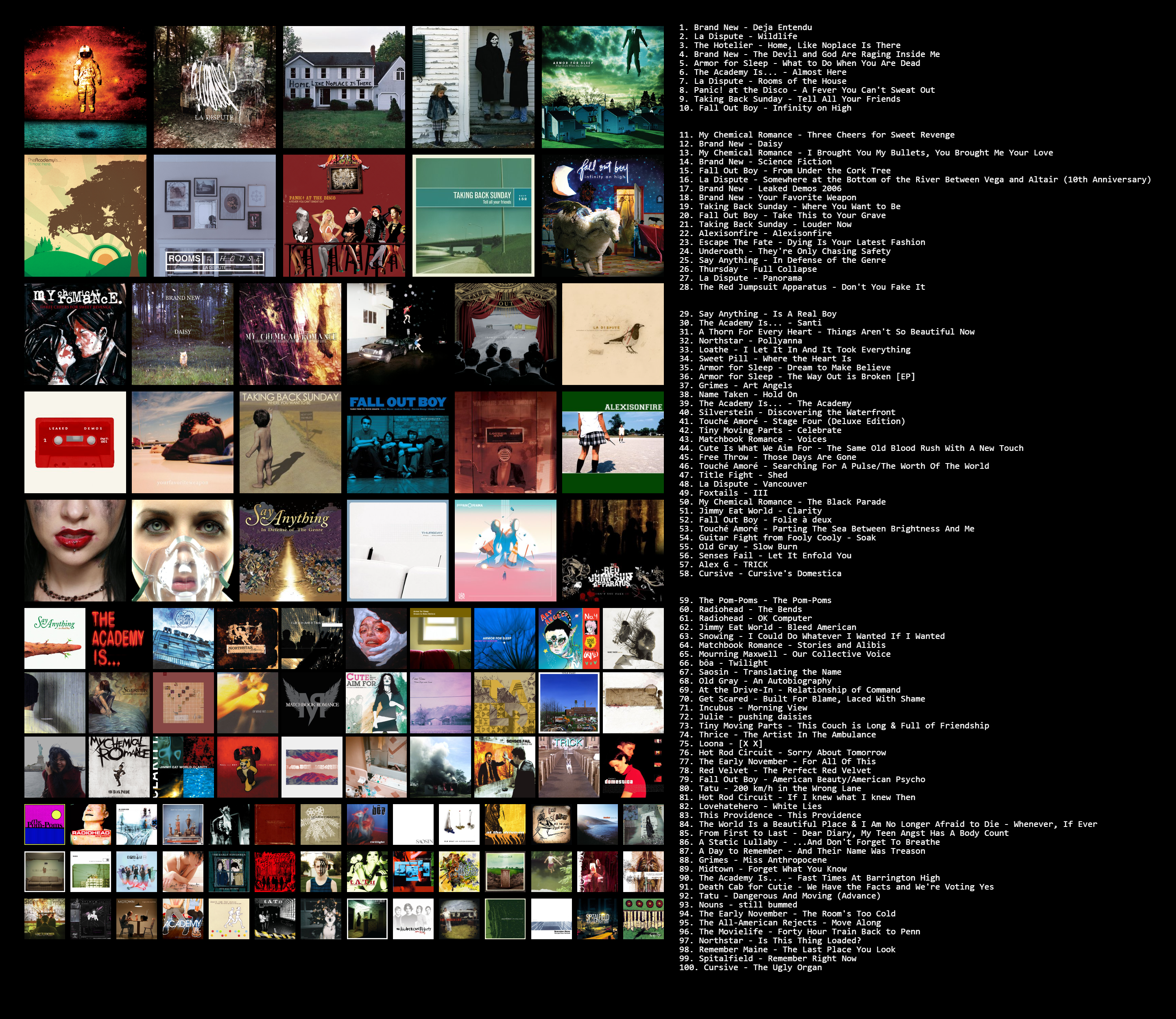 (Jan. 22): i watched the sun set in your eyes for the last time. it's not that i want to die, i just want to disappear.